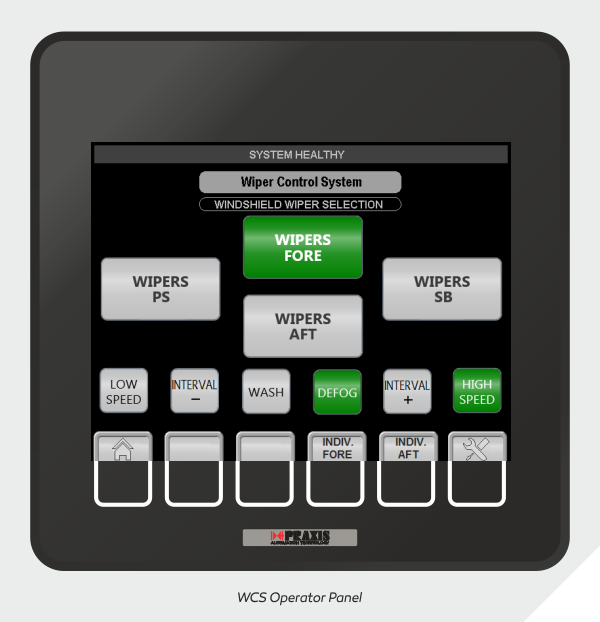 The Mega-Guard Wiper Control System (WCS) controls up to 9 windshield wipers. Each wiper has its own on/off  button and fore and aft wipers are grouped together for simultaneous on/off control.

Separate Aft and Fore buttons are available for Low/High Speed, Heating and Washing functions. In Low speed mode the interval can be varied with the Interval+/Interval- pushbuttons.

The wipers are synchronized with each other. The washing function includes spraying, wiping and purging. 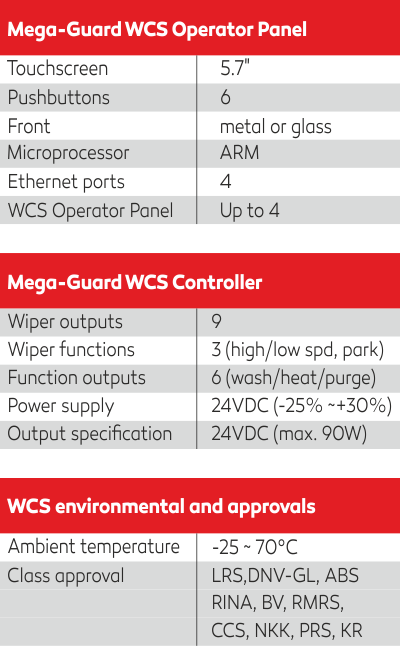 The Mega-Guard WCS consists of the following items:

The I/O Cable with length of 3 or 5 meter, inter-connects the WCS Operator Panel with the WCS Controller.