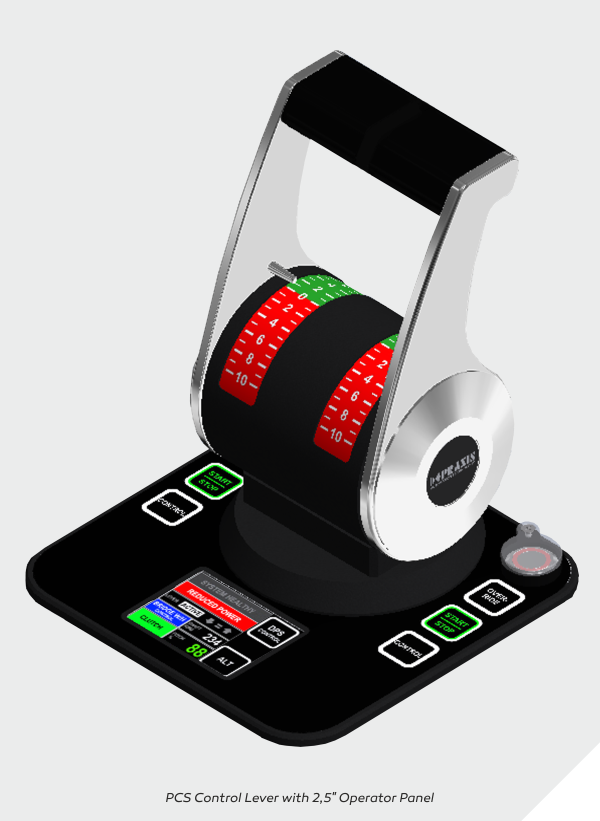 The Mega-Guard Propulsion Control System (PCS) is an advanced system for perfect remote control of thrusters and engines. Propulsion plants are available in many variations which are all covered by Mega-Guard PCS. Example propulsion configurations include:

Mega-Guard Propulsion Control System is built-up in a modular way suitable for all ships and applications. The PCS includes remote control, engine safety, RPM/pitch indication, telegraph and electronic governor functions. The  Mega-Guard PCS receives orders from the Control Levers on the bridge and in the control room. The remote control system gives a thrust (RPM and/or pitch) setpoint  and activates starting, stopping and reversing mechanisms. Steerable thrusters (azimuth control) are also supported by Mega-Guard PCS.

Mega-Guard PCS is built up with the following main components:

The PCS Controller consist of a compact PLC controller and one or two I/O modules depending on the application requirements. Two PCS Controllers are used in case of a steerable thruster; one for thrust and one for steering. The PCS Controller is connected to the PCS Operator Panels through Ethernet wired in a loop. In addition, spare Ethernet ports are available to
connect the Mega-Guard PCS to other Mega-Guard systems such as Mega-Guard Vessel Management System and Mega-Guard Dynamic Positioning System. Mega-Guard PCS can also communicate with thrusters and engines through Ethernet and various serial protocols. One I/O module is sufficient for standard applications regarding FPP and CPP thrusters.
An additional I/O module is needed in case engine control, non follow-up and/or special operator modes are required. The PCS Controller is mounted on a TS35 DIN rail and installed in a bulkhead mounted PCS Cabinet or in bridge or ECR console. 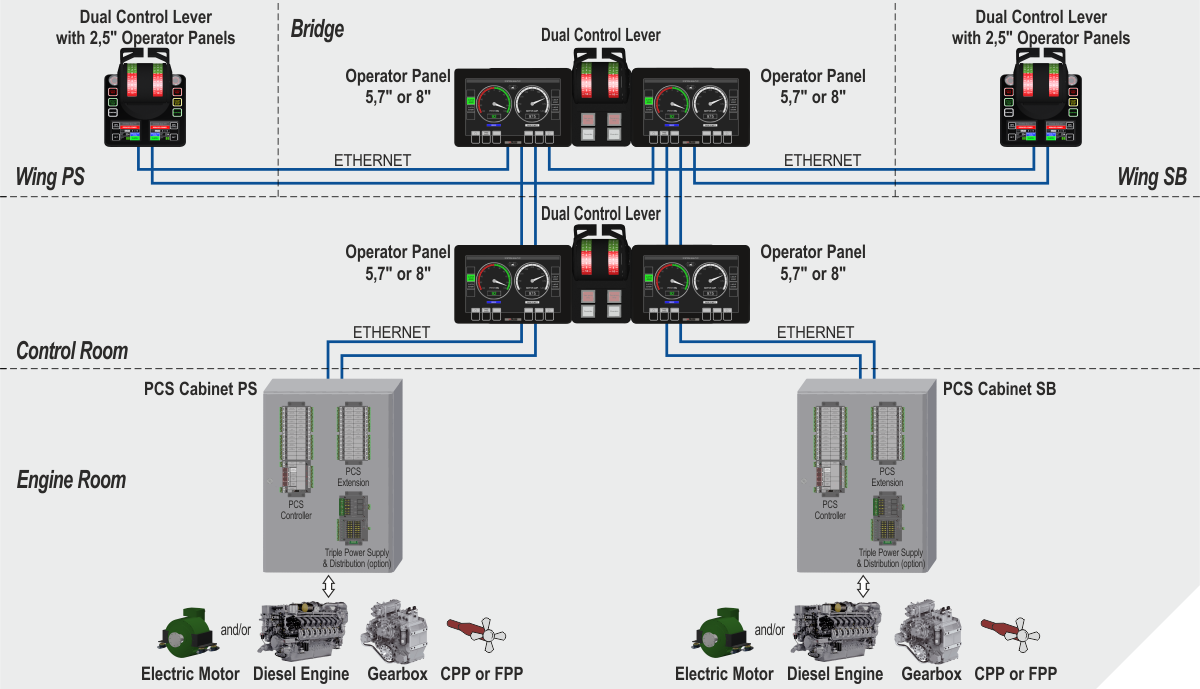 PCS for yachts and small vessels 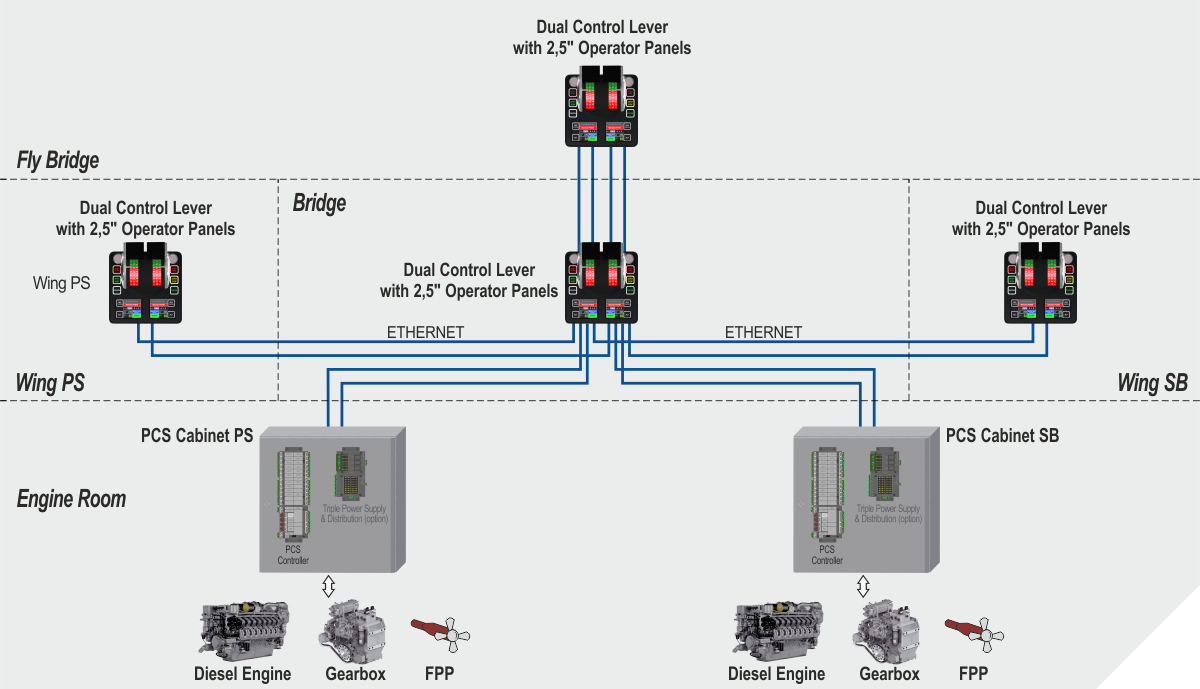 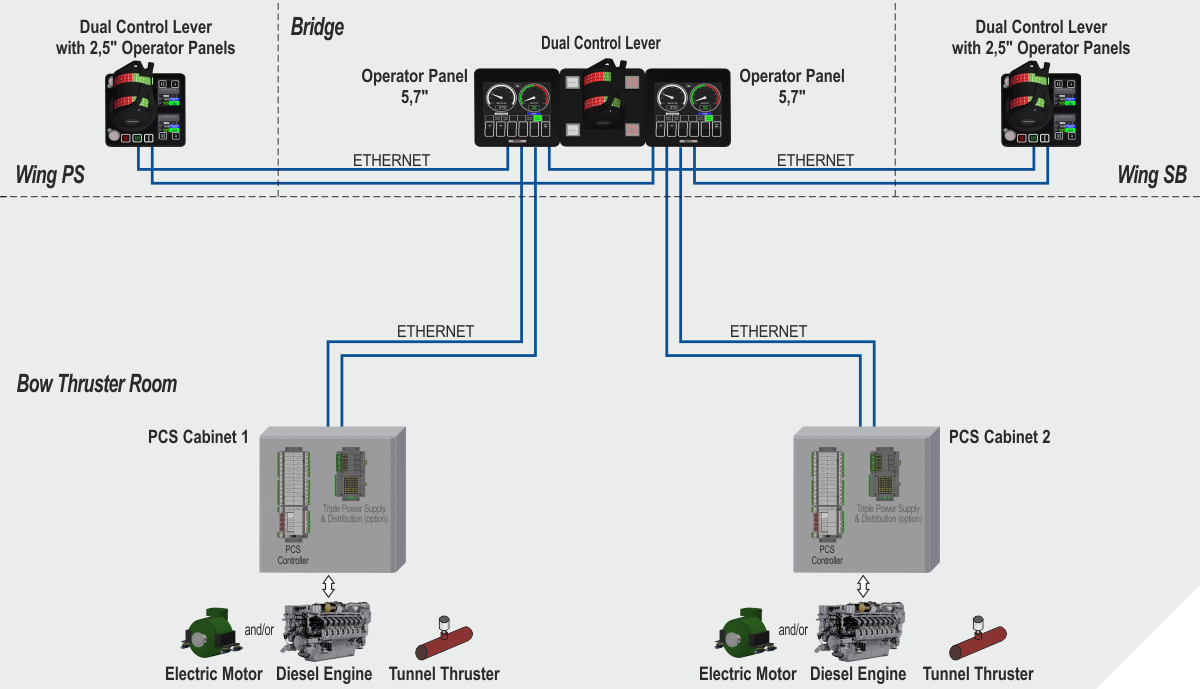 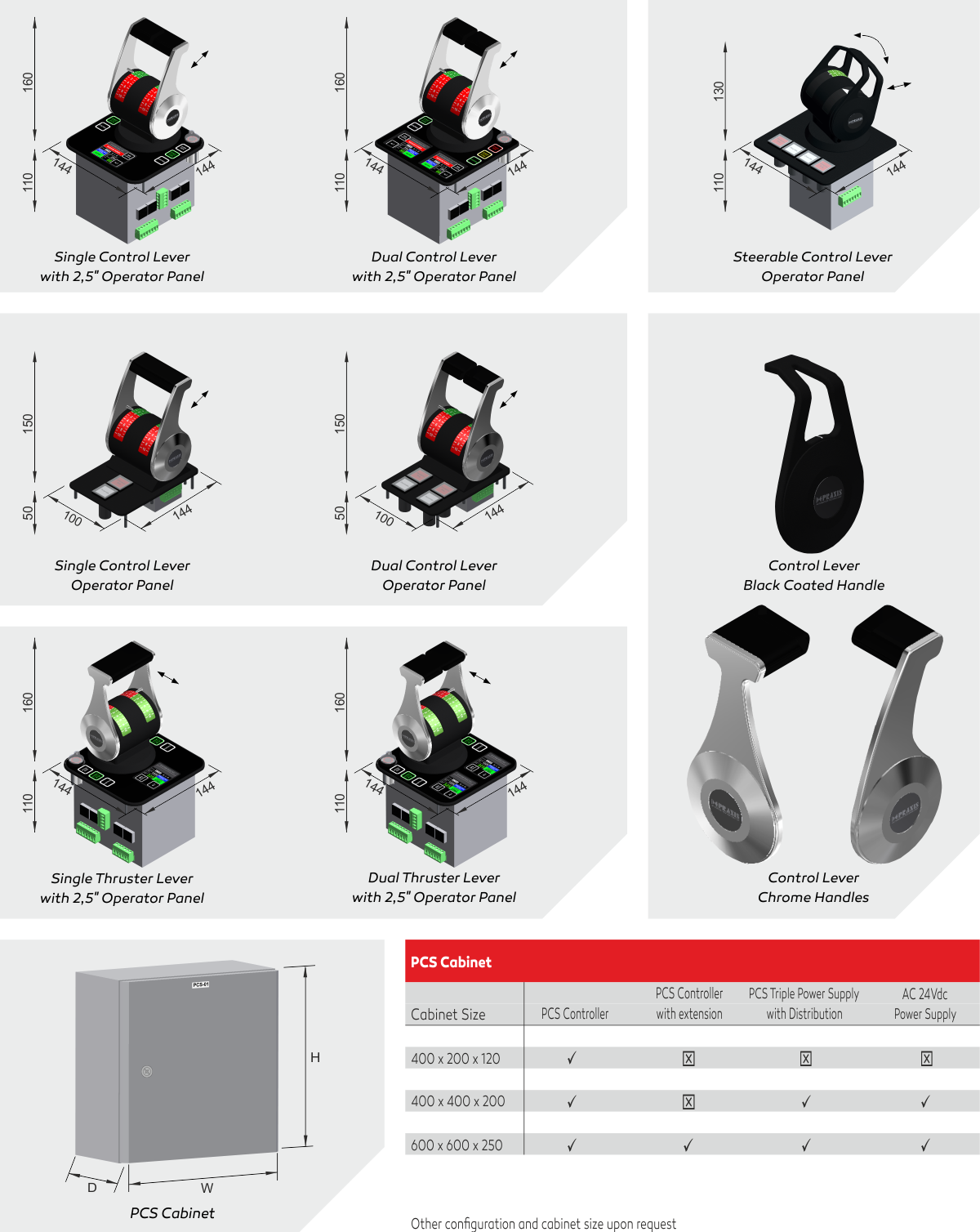 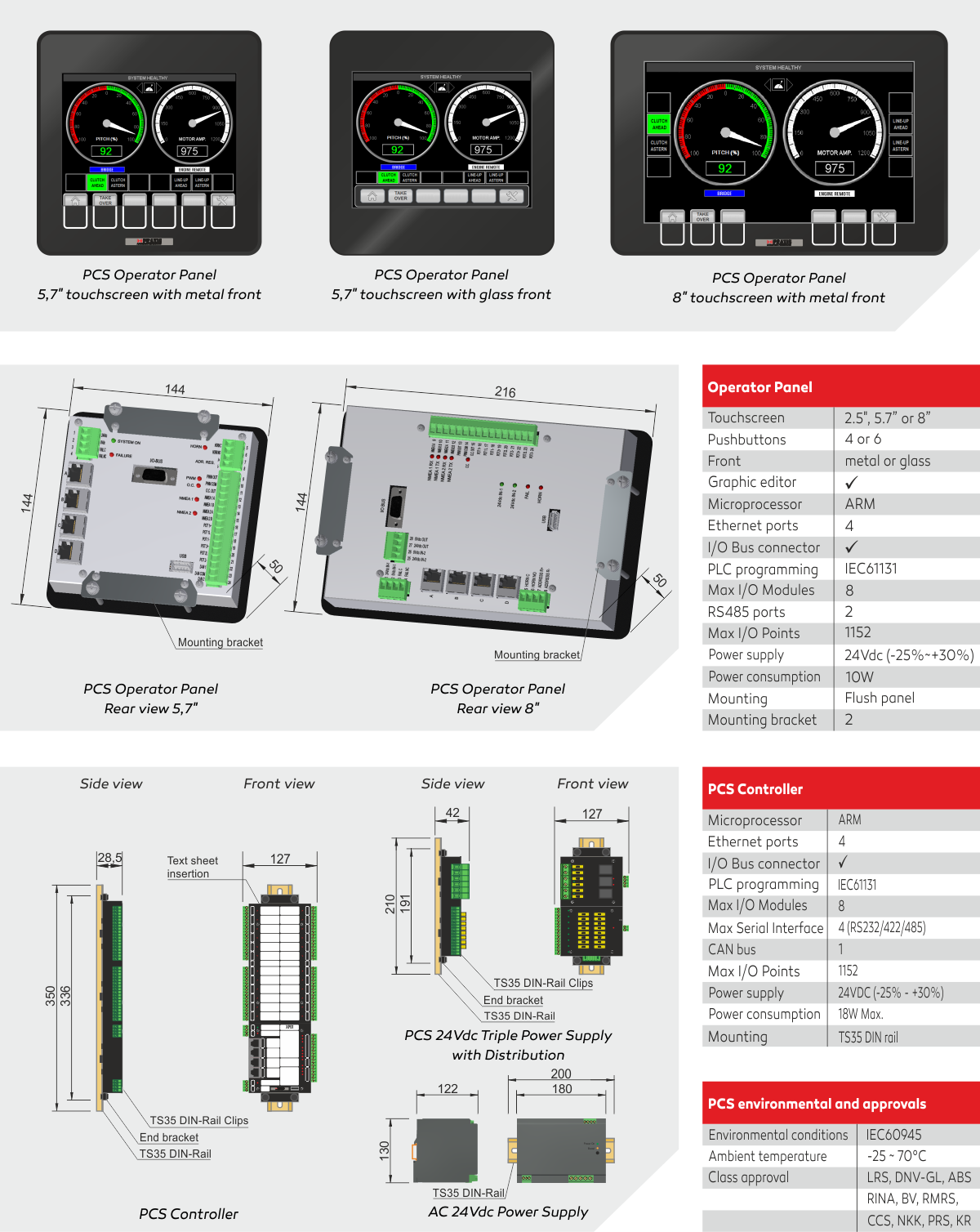