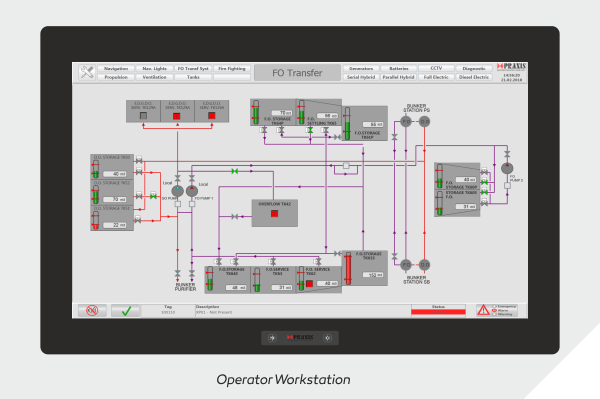 The Mega-Guard Vessel Management System (VMS) is an advanced system for perfect ship automation for medium to large size ships. Mega-Guard VMS is a modular system which can be tailor made based upon ship's automation requirements. Often realized functions with Mega-Guard VMS include the following: 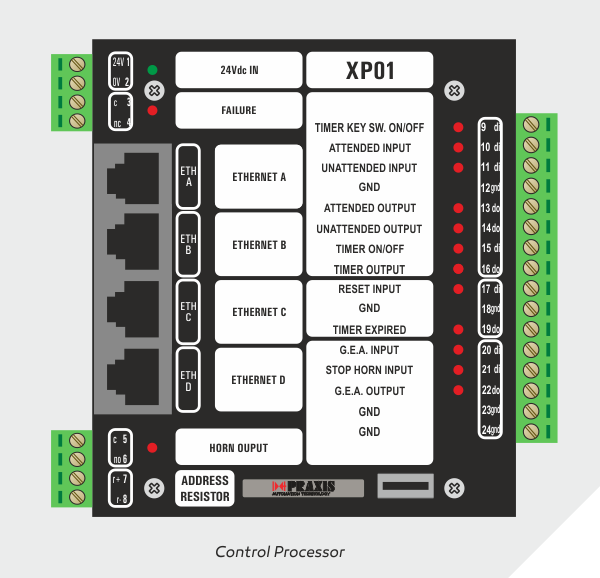 Mega-Guard VMS can be extended with the following independent Mega-Guard automation and navigation products:

In addition, Mega-Guard VMS can also be integrated with Mega-Guard electric propulsion products:

The Mega-Guard Vessel Management System  is the most reliable and field proven automation system as can be found on the market and is built-up with the following components and features: 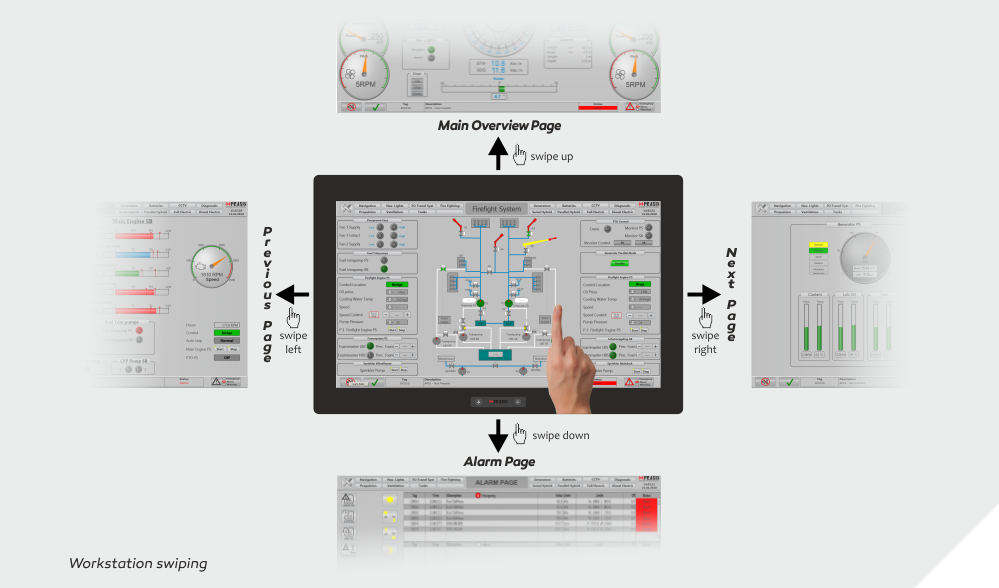 Operator Workstations and Operator Panels are equipped with the latest 3D graphic software package for an intuitive
and dynamic operation. The Workstation touchscreen allows for instance swiping in between pages and swiping to
alarm list.  The zooming function provides more detailed information regarding the zoomed-in area. Up to 4 layers of
additional data can be presented depending on the zooming level. Pop-up menus give more detailed information
regarding the selected device as well. The pop-up can be made in a realistic way (photo) so that it resembles the actual
to be controlled device. 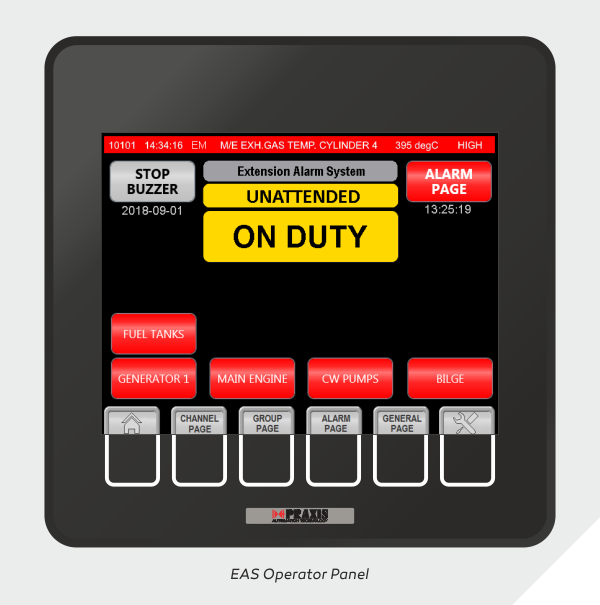 EAS Operator Panels are installed in bridge and accommodation areas. They provide detailed alarm and on duty information on the 5.7” touchscreen. In addition the operator is able to select grouped data such as fuel tanks, main engine, generators etc for viewing. The touchscreen has an automatic sleep function and awakes again when an alarm is presented or when the touchscreen is touched.

Both versions require extremely low power which guarantees a long life and a high mean time between failure. Solid state disks are available in ranges from 32GB (standard) to 256GB. The Marine PC is powered by 24VDC and contains relays outputs for failure indication and connection of an external horn.

The VMS Vessel Management System is applied in all type of ships. Three market segments are distinguished: 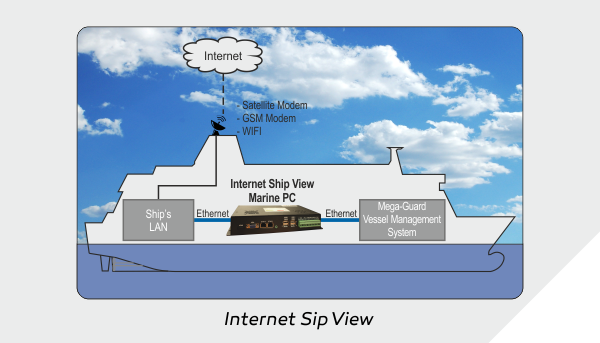 The Internet Ship View (ISV) system allows the ship owner (shore based) to view the VMS Vessel Management System (ship based) through the internet. Praxis service department is also able to log-in in case of requests for commissioning support or trouble shooting. Secure communication and double log-in procedures are applied for protection against unauthorized users.

Workstations can be operated with touchscreen. In addition to this two types of input devices are available: a Trackpad and Trackball Operator Panel. The Trackpad Panel offers a large trackpad for accurate and easy selection of the required function on the Workstation or monitor. The Trackball Panel is equipped with a trackball for function selection and a keypad is also integrated in this panel. 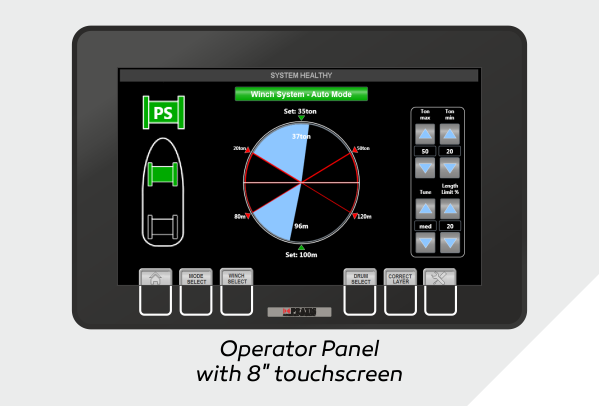 Mimics are designed in close cooperation with ship owner 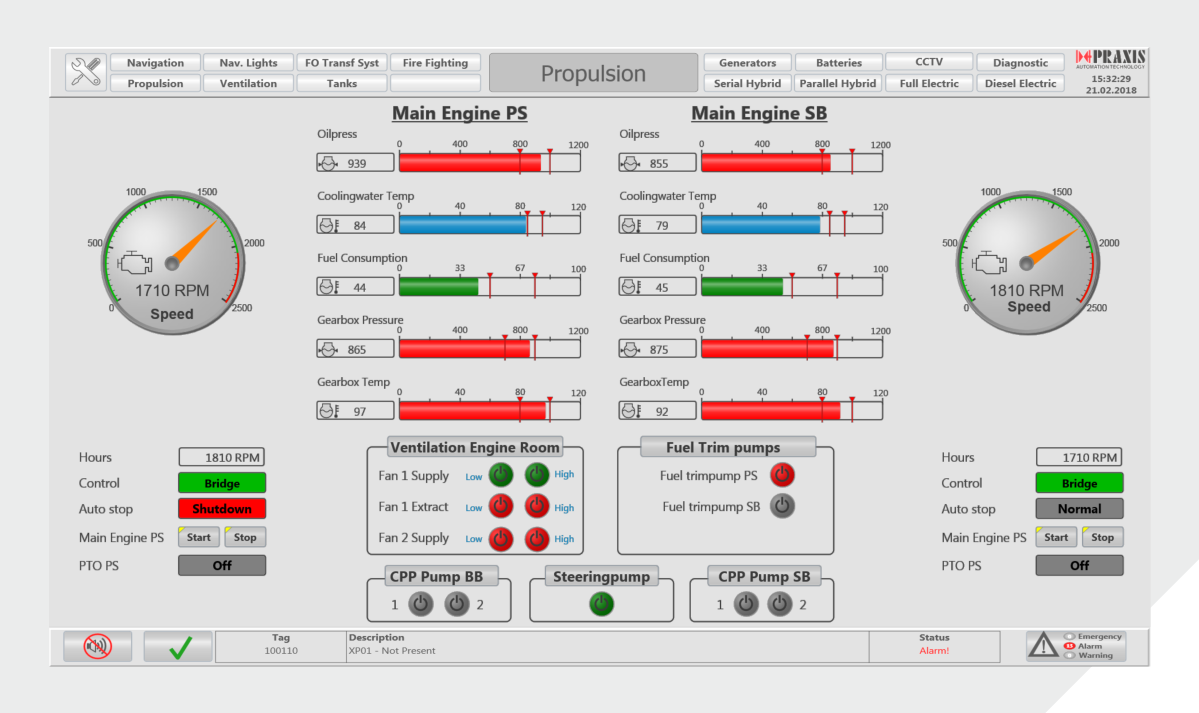 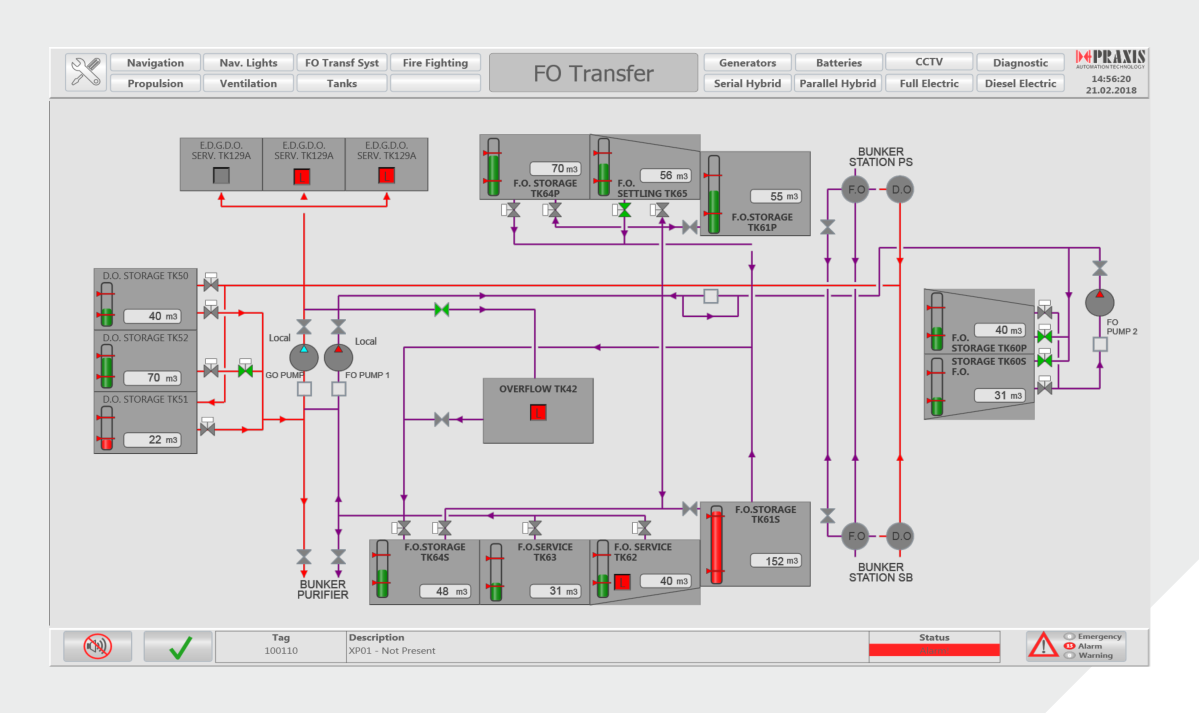 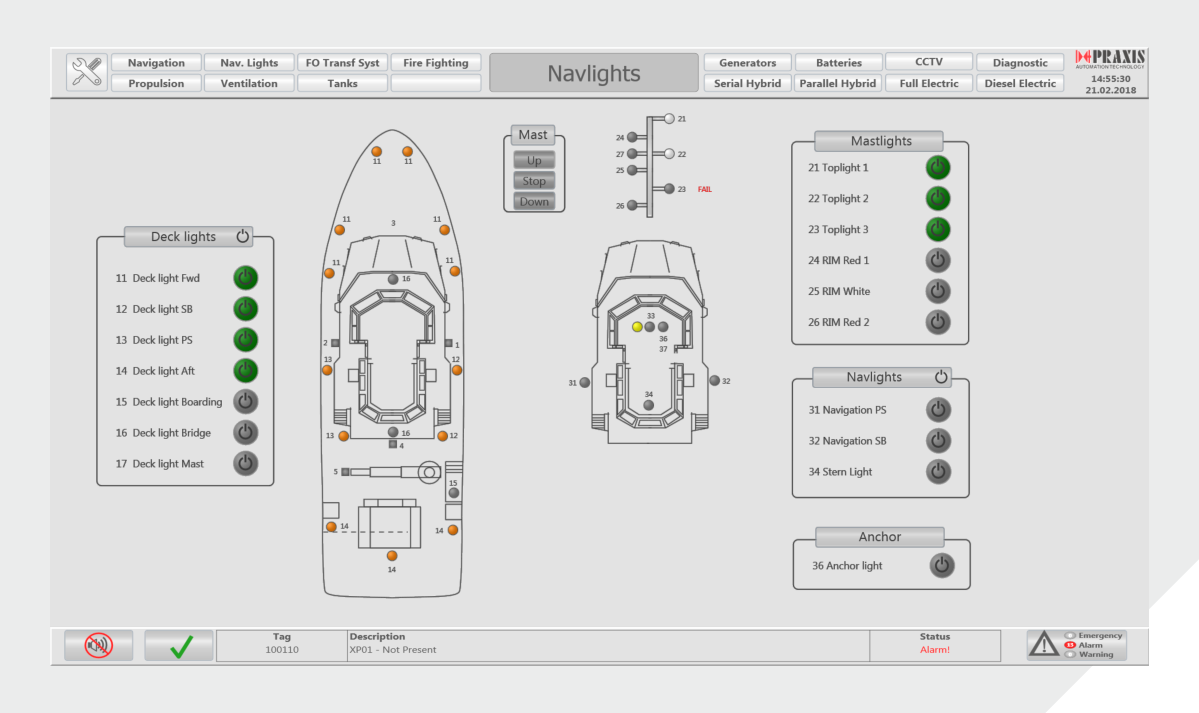 3D effects can be applied in the mimic 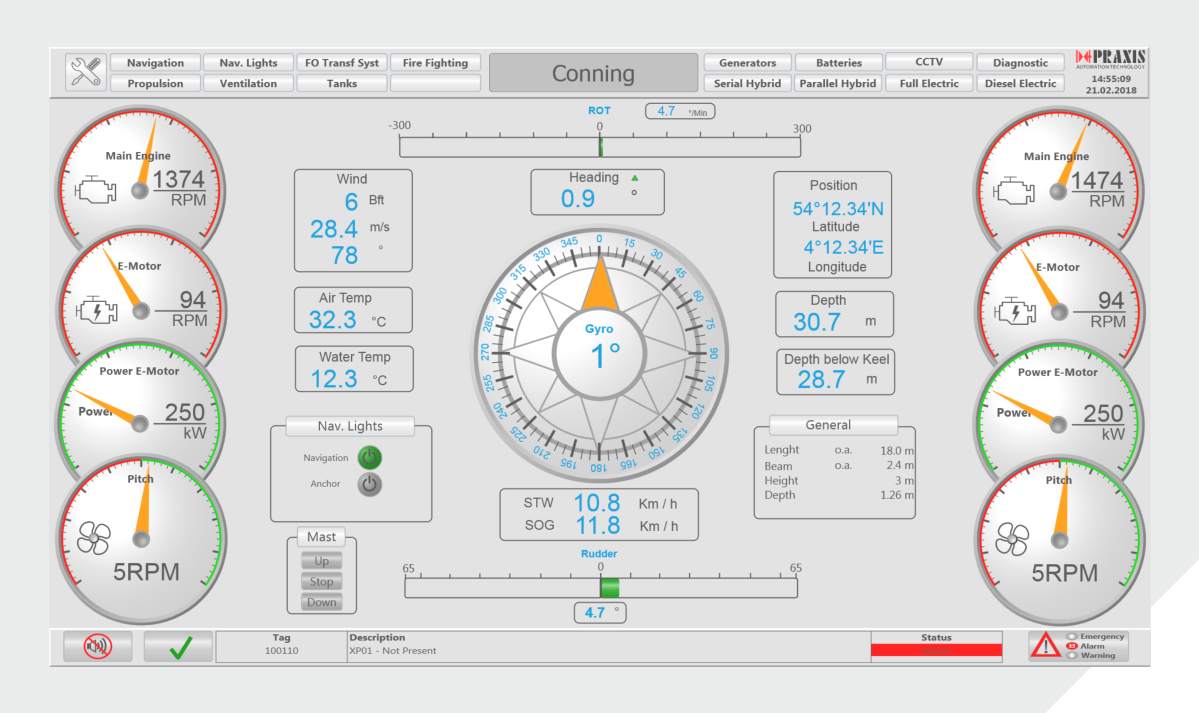 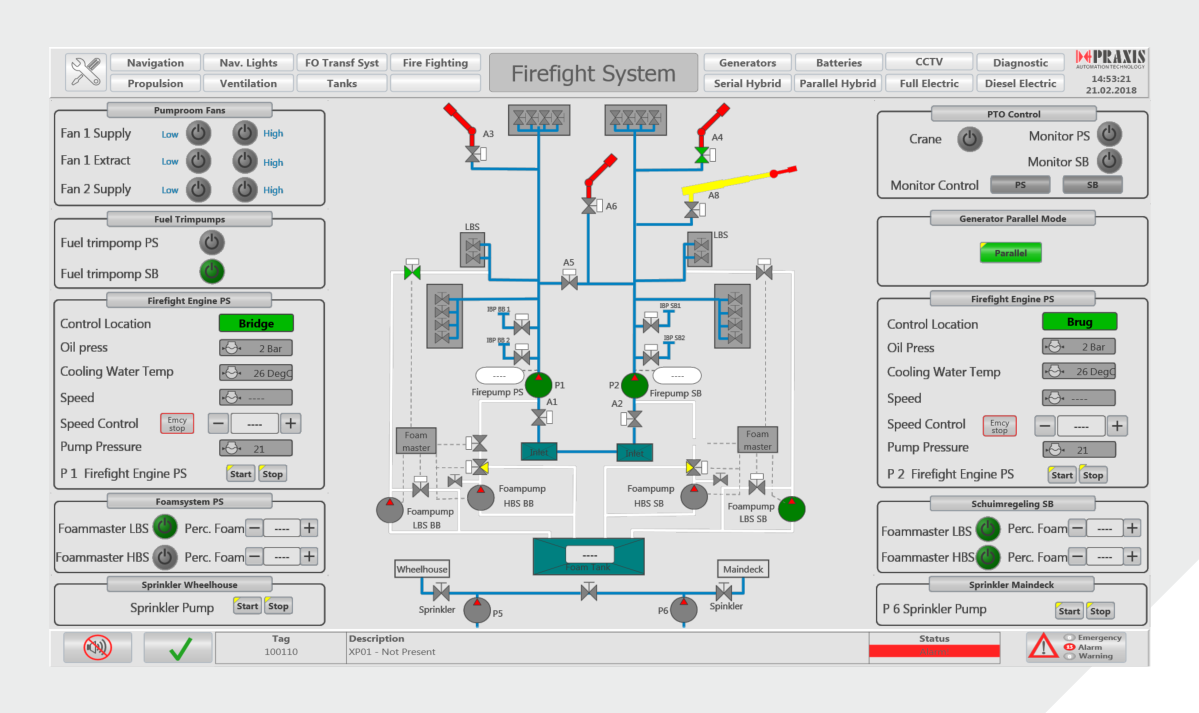 CCTV cameras embedded  in the mimics 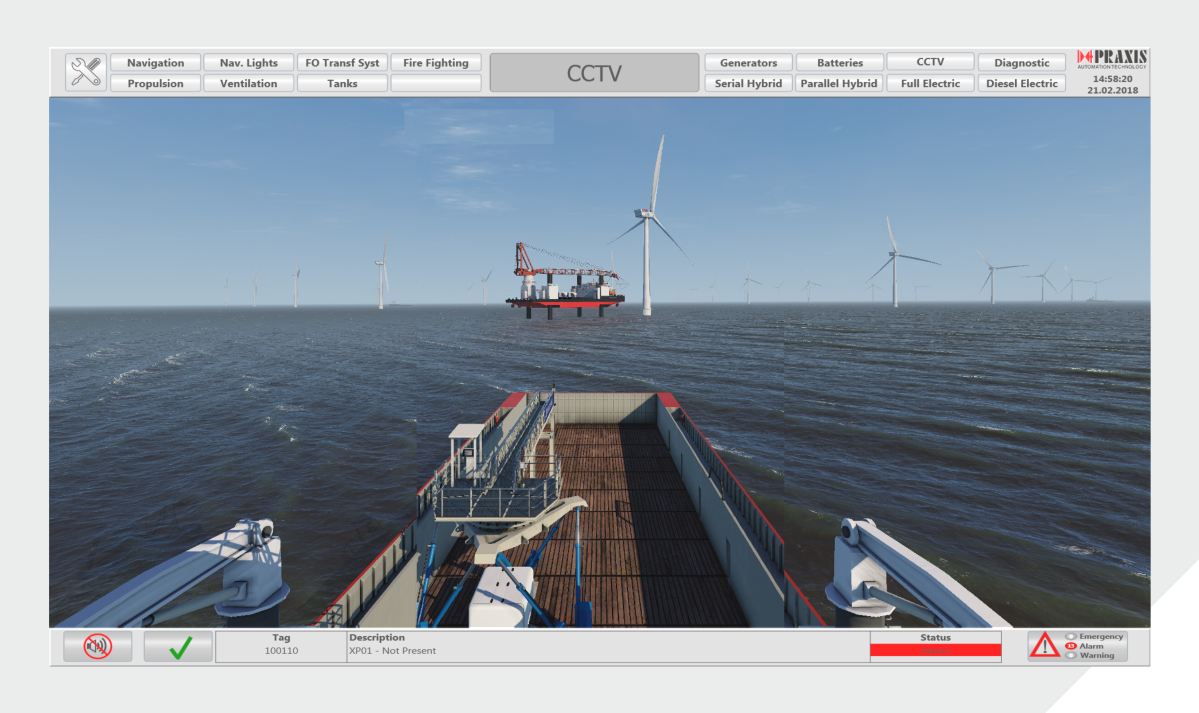 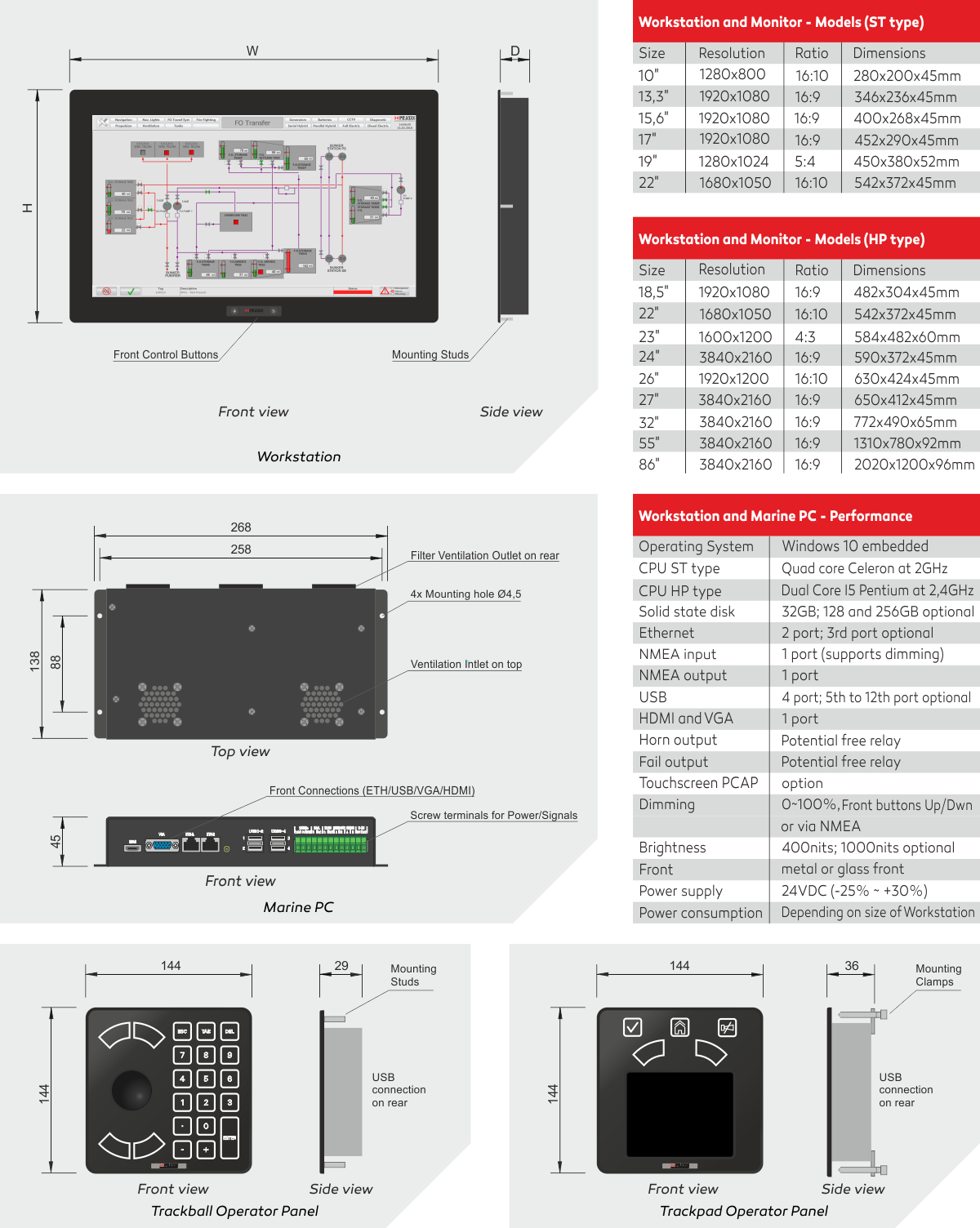 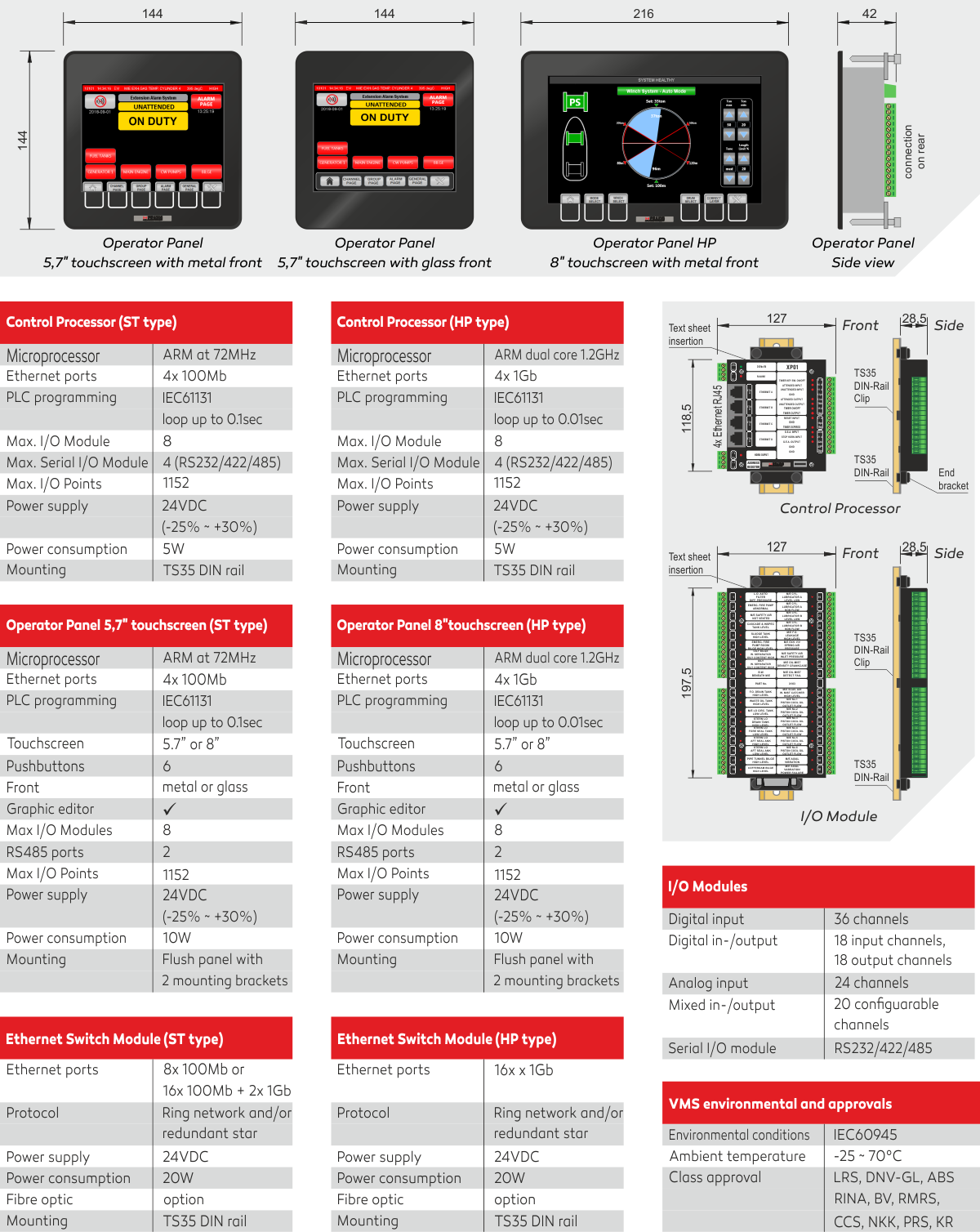